On June 5, 2013 the new AVES (Air Vehicle Simulator) simulator centre of German Aerospace Center DLR in Braunschweig was opened. We delivered the complete visual display solution for the Eurocopter EC135 fixed base simulator featuring a 180° hemispherical screen equipped with 15 W-UXGA LED projection channels and a domeprojection.com auto-alignment system.
Our work included the technical design of the overall solution as well as installation, integration and initial calibration of the complete visual display system including the dome.
8 years later we provided a 9-channel 4k solid state LED-Projection upgrade for the fixed base simulator incl. the latest domeprojection.com ProjectionTools solution including their color calibration feature. Furthermore, we upgraded the AVES dynamic simulator with the same 4k solution for its visual display, taking special care of a minimally invasive system design. With the upgrade, DLR ensures that the AVES simulator centre is ready for the next decade with a state-of-the-art visual system requiring next to zero maintenance.
Both simulators are part of the high-capacity center for flight simulation – a joint ten million Euro project carried out by German Aerospace Center (DLR e.V.), Institute of Flight Systems, Dept. Flight Dynamics and Simulation and Technical University, Braunschweig.

About the Simulator Centre Braunschweig
The DLR Institute of Flight Systems in Braunschweig/D works on the analysis and assessment of the dynamic behaviour of aircrafts with regard to future aviation requirements.
The simulator centre, as the link between the applied research of DLR and TU Braunschweig’s educational programmes, will primarily serve to prepare test flights for the Advanced Technology Research Aircraft (ATRA) platform, a modified Airbus A320, and the Flying Helicopter Simulator (FHS), a modified Eurocopter EC135. Its unique modular design enables parallel research on helicopters and fixed wing aircraft, as well as mobile and fixed simulators. The simulator’s cockpits are exchangeable.
A core concern of the centre is research into the dynamic interface between man and machine. It will evaluate the manageability of fixed wing and rotary wing aircraft, particularly in borderline situations such as flying in turbulence with reduced visibility near the ground, and in case of system failures. The centre also tests helicopter pilot assistance systems, to improve flight stability with externally suspended loads. 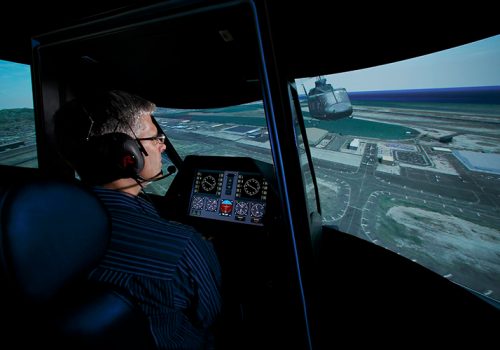 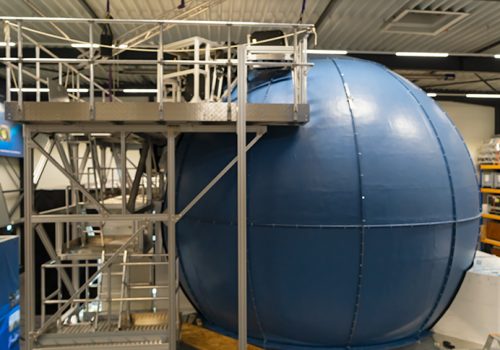 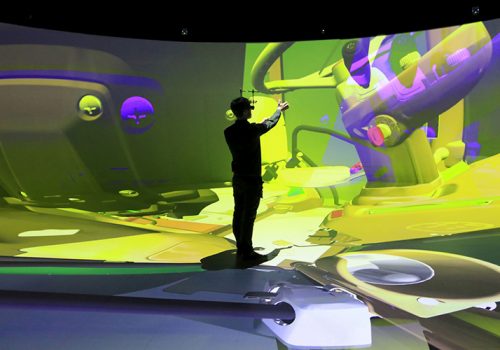 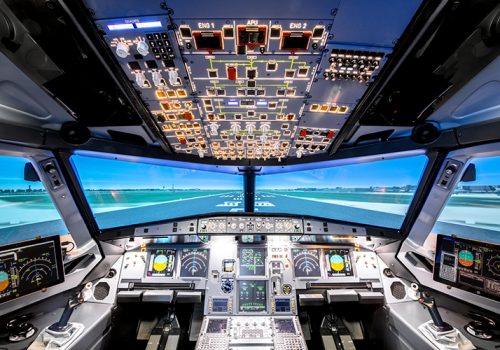 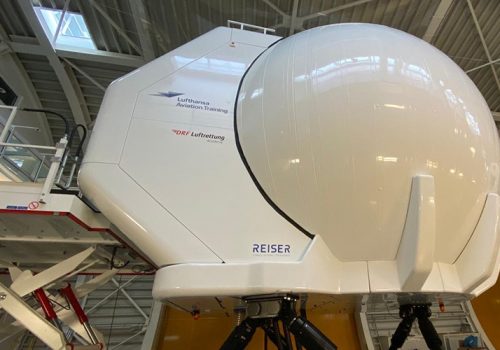 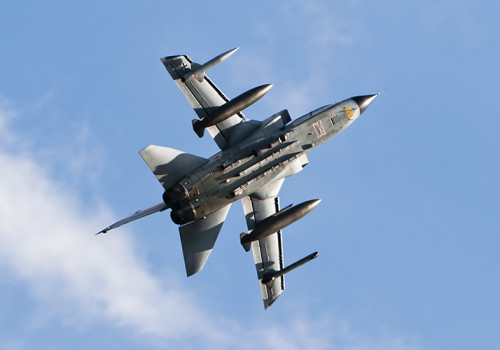